← back to
EISENWALD
Get fresh music recommendations delivered to your inbox every Friday.
We've updated our Terms of Use. You can review the changes here. 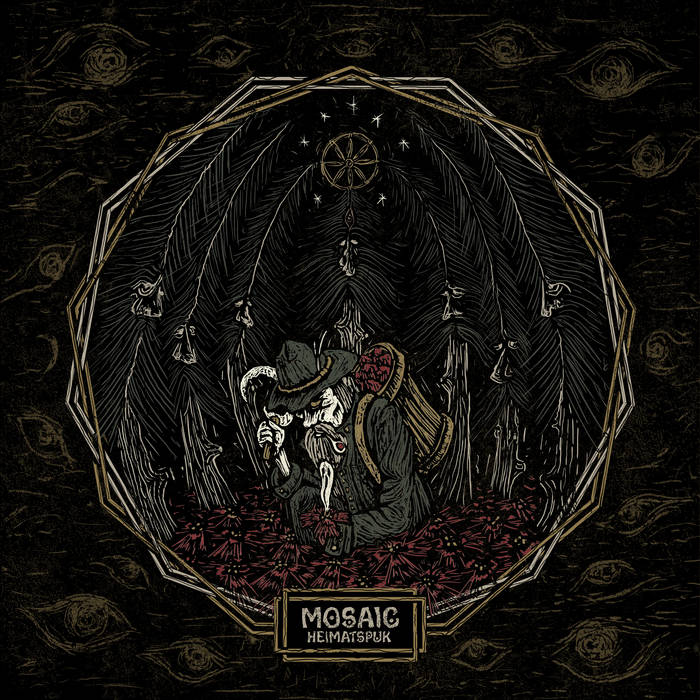 Gabriel Tamas Mosaic prves yet again he is a master of his craft by forging this unique experience called Heimatspuk. His already recognizable style of Black Metal is manifested at full capacity here, with the elements of local Thuringian Folklore and lyrics inspired or intertextualized from German authors adding to the experience. As a whole the album comes out as eerie, mysterious and imposing at the same time, each track evoking a dark, ancestral atmoshpere! Pure brilliance! Favorite track: Die alte Straße.

The album continues where its predecessor "Secret Ambrosian Fire" left off. The modern world lies in ruins and has consumed itself. Lyrically, it is permeated by various leitmotifs, such as darkness, sanguine, and forest mysticism - as well as the central elements of earth and air - whose attributes and symbolism characterize the album.

Reflection, contemplation, inner catharsis, and world escape are driven by heart and soul interwoven with moments of bittersweet melancholy and nostalgia. Once again it is about old Thuringian traditions, poetry, and customs; about ghosts and demons; about the devil; and about the simple man who must not lose himself in the wild world. Likewise, it is about the power of nature as the ultimate shelter; about winter customs and ghostly witches. In addition, the album is strongly inspired by the works of Johann Wolfgang von Goethe, Georg Heym, Georg Trakl, and many other regional Thuringian poets. Dark primal folk melodies, sung in the regional dialect, lead up to wild atmospheric black metal anthems.

Valkenstijn - All instruments and Vocals

Bandcamp Daily  your guide to the world of Bandcamp

sndtrak stops by with an Album of the Day Feature of his most recent release, FLIPS V1: Triple Lindy